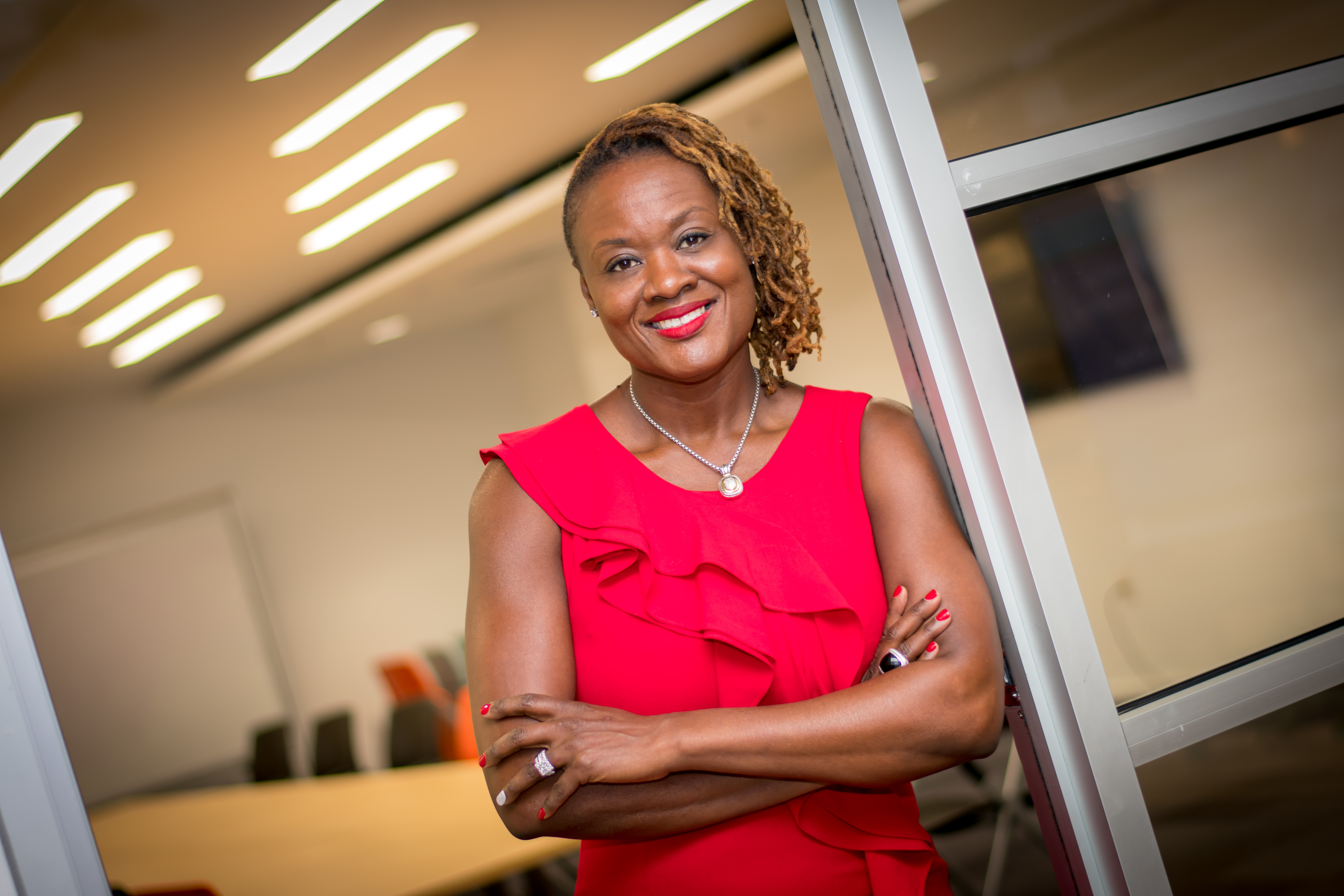 Former Fortune 500 diversity executive Marlin Williams has been named to a key new position overseeing technology and entrepreneurship initiatives at Wayne State University and its affiliated entrepreneurship hub, TechTown Detroit. As Assistant Vice President for Economic Development at Wayne State and Chief Program Officer at TechTown, Williams will oversee the entrepreneurship programs housed in the university's Office of Economic Development and the tech and neighborhood business support programs at TechTown, with a focus on more closely integrating programs at both organizations.

Williams joined TechTown in January 2017 as Entrepreneur-in-Residence for Diversity and Inclusion, part of a dedicated effort on behalf of the organization to increase tech opportunities for women and minorities. Since that time, she has launched "Candid Conversations and Code," a discussion series that has attracted more than 300 people from diverse backgrounds, six of whom have gone on to start businesses and one of whom has become a TechTown Business Incubation Center client. She helped the organization realize a 200% increase in women participants and a 700% increase in African American participants in the DTX Launch student accelerator, and she helped recruit the program's first two community college teams. She also launched Labs Neighborhood Open Office Hours to ensure tech entrepreneurs in Detroit neighborhoods had access to support programs at TechTown and throughout the city's entrepreneurship ecosystem.

Marlin began her tech career as a coder at Compuware, where her passion for inspiring women and people of color to join her field gained notice. She quickly rose to Compuware's Global Diversity and Inclusion Officer, and she has also served as Chief Diversity and Inclusion Officer for Fiat Chrysler and Deputy CIO for the city of Detroit. At the city, she and her team successfully developed the City's first e-government initiative, and she led collaboration across 10 agencies to support the technology and infrastructure for Super Bowl XL. Williams is the founder of Sisters Code, which educates, empowers and entices women ages 25-85 to explore the world of coding and technology. She speaks nationally on issues related to diversity and tech, and was recently the keynote speaker for Microsoft's Global DigiGirlz Technology Camp. She is a graduate of Wayne State University, and began her career as an aspiring mortician.

"Marlin has a long history of building high-impact teams. Under her direction, we will strengthen the relationship between the university and TechTown, offering a more seamless pipeline of entrepreneurial services to students, faculty, alumni and the community" said Ned Staebler, WSU's vice president for economic development and TechTown's president and CEO. "Marlin is the ideal person to help move forward our vision of an entrepreneurial landscape that is open to all Detroiters."

In her new role, Marlin will oversee OED's Goldman Sachs 10,000 Small Businesses program and TechTown's Labs and Blocks programs. Additionally, she will oversee the Wayne Innovation Studio, the university's student entrepreneurship center in the undergraduate library. The Studio is an evolution of Blackstone Launchpad and will utilize TechTown's resources and entrepreneurship support model, one of many points of integration between WSU and TechTown that Williams will facilitate.

"Marlin has had a powerhouse career, changing the ways some of our most influential companies think about diversity and inclusion," said Chris Rizik, CEO of Renaissance Venture Capital and chair of TechTown's executive committee. "Her appointment is a huge win for Detroit, its startup ecosystem and, most importantly, its small business owners and entrepreneurs."

The Office of Economic Development leads Wayne State University's efforts to catalyze business activity and promote a vibrant Midtown Detroit. The office works across the university to leverage Wayne State's assets - talent, research and technology, facilities and services, and real estate - to stimulate growth and strengthen Midtown and neighborhoods across the city. Visit economicdevelopment.wayne.edu

TechTown is Detroit's entrepreneurship hub, with a full suite of programs for both tech and neighborhood small businesses. TechTown works with businesses at all stages, helping startup, emerging and established companies develop, launch and grow. Visit techtowndetroit.org.